Is your phone or laptop destined to become a ‘technofossil’? 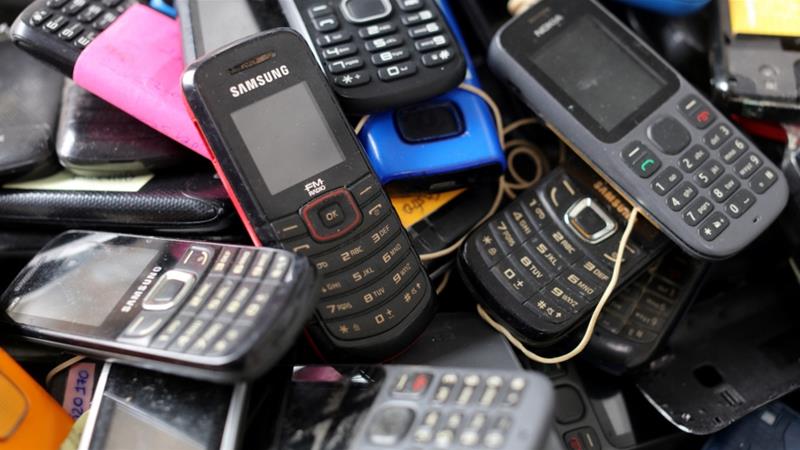 Because worldwide annual e-waste is worth $62.5bn – more than the gross domestic product of many countries – environmental advocates are encouraging reclamation efforts like this mobile-phone recycling workshop in Lima, Peru [File: Guadalupe Pardo/Reuters]

Janet Gunter was working at an international nongovermental organisation (NGO) when she noticed an alarming trend. She had grown up with technology and started blogging in 2001, but she watched as the people she knew – even those who would call themselves conscientious about the environment – upgraded their phones every several months without giving a second thought to the e-waste they were generating.

So Gunter decided to do something about the waste. In 2012, she and her friend Ugo Vallauri starting throwing "restart" parties where people could bring their old electronics and learn how to upgrade them. Those efforts eventually led them to found the Restart Project, a community-led initiative designed to give the average person the skills and tools necessary to fix and repair personal electronics rather than consigning them to the trash heap.

"We found that a community of fixers emerged, and this community has propelled us for the past seven years," Guntner told Al Jazeera. "We’re also really excited that most community groups in our network are up for coming together to change the system upstream."

The Restart Project is part of a burgeoning movement to stem the growing tide of mobile phones, laptops and other gadgets washing up on beaches, clogging landfills and polluting Earth's air, soil and water.

E-waste is having such a profound effect on the planet that researchers have coined a new term – technofossils – to describe its unprecedented impact. While grassroots activists like Gunter are doing their best to clean up the mess, environmental advocates say lawmakers and big tech companies need to be more proactive – and start taking greater advantage of e-waste's potential benefits – rather than leaving the discarded gadgets to just pile up.

Global consumers threw away 44 million tonnes of e-waste in 2018 alone – and the volume of that pollution is expected to double by 2050, found a recent report from the United Nations (UN).

Changing consumer trends mean new models of laptops and phones are released every few years – and devices often get thrown away before they've outlived their usefulness. Even when these machines are preserved for continued use, they can quickly become obsolete and impossible to fix. MacBook laptops, for instance, are considered vintage by Apple, their manufacturer, five years after they are produced. Just seven years later, they are considered "obsolete".

From e-toothbrushes to smartphones to toys that use batteries, discarded gadgets contain elements such as gold, silver and other precious metals that don't degrade easily – as well as hard plastics that resist breakdown, and soft plastics that release chemicals when they do degrade. The resulting pollution is so pervasive that in the United States alone, 70 percent of toxic waste in landfills comes from electronic devices that have been thrown away, reports the Silicon Valley Toxics Coalition.

Discarded devices were dubbed technofossils in a 2014 study in Anthropocene Review, where University of Leicester researchers noted that as the tools we use have become more complex – and composed of increasingly durable materials – our fossil record is burgeoning at the cost of our natural world.

The build-up of technofossils and the pace of e-consumption have now reached the point where we're producing six kilogrammes of e-waste per year for every person on the planet – more than the combined weight of all the commercial aircraft ever built, according to the UN.

"Globally, this is not managed well," says Jim Puckett, executive director of the Basel Action Network, an NGO that monitors e-waste and that recently embedded 200 donated devices with GPS trackers to determine where the gadgets will end up.

"[E-waste] is being swept out of our homes and businesses from the North to the global South on a regular basis for re-use and highly dangerous recycling," Puckett told Al Jazeera.

When e-waste is recycled – which only 20 percent of it is – this can require intensive processes such as shredding a phone through a powerful machine, then melting it down to form a kind of smelted material. Harmful gases and fumes – such as chloride and mercury – can be released.

Even well-intentioned humanitarian efforts can add to e-waste when aid supplies wind up on the rubbish heap. "We are constantly seeing this plastic in places it shouldn't be, clogging up drains and rivers and eventually entering the ocean," says Rory Dickens, founder of Recycle Rebuild, an NGO that helps communities recycle waste into building materials and generate an immediate source of income for those affected by natural disasters.

Though global action to address e-waste on a massive scale has yet to happen, concern over the effects of this pollution on the environment has grown over the past two decades.

In 2004, the UN launched the Solving the E-Waste Problem (StEp) project, which works to address e-waste at every stage, from devices' design to their production, usage, reuse and recycling. Today, the initiative counts 35 governments, academic institutions, businesses and other organisations among its members.

The UN notes that the global e-waste produced annually is worth $62.5bn – more than the gross domestic product of most countries – and that there is 100 times more gold in a tonne of e-waste than in a tonne of gold ore. To capitalise on the economic potential of e-waste, the UN is supporting initiatives like a $15m "circular e-waste system" that will soon kick off in Nigeria.

Many countries have made recycling electronics easier in the last decade, as well as passing legislation to encourage people to do so. In the United Kingdom, the Waste Electrical and Electronic Equipment Directive (WEED) came into effect in 2007. And various states across the US have passed bills that have similar purposes – to encourage people to recycle their electronics, as well as be more careful with what they dispose.

Since 2014, many cities and countries have passed laws to make throwing away electronics illegal, which encourages people to recycle their gadgets or donate them.

"It's not enough for us to gather and try and fix all the poorly designed devices in our communities," says the Restart Project's Gunther. "In the UK, we drafted The Manchester Declaration last year, calling on policymakers to do more to help community repair and reuse."

Gunther and other activists say governments and international bodies need to take more decisive action by encouraging people to be more responsible with their electronic consumption – and by implementing a code for technology companies to follow to ensure that their products aren't so quickly discarded.

"They need to begin to consider legislation that will mandate or incentivise toxic-free, green design, and design for longevity and recycling of IT equipment," says Puckett.

"We live in a world where products are designed to be replaced," says Dickens. "If a manufacturer created a product that worked forever, they would eventually run out of customers, but if they were able to create products that could be easily separated back to their raw materials, we would have a more sustainable system."